This installation project was an opportunity to learn and build something with electronics. Each unit includes a 45W power supply, an Arduino micro-controller, a custom build circuit board which acts as an audio filter to detects a specific audio frequency, a microphone, speakers, a RGB-LED strip and some controls.

Each Arduino micro-controller is programmed with a set of rules to allow both to engage into a conversation, in a non deterministic way. It produces words in binary via light and a discontinuous audio tone. Between each sentence there is a short break. Within that short period of time, the other unit has a chance to intervene. If both accidentally start talking together, one stops. If one talks for way too long, the other starts talking as well and as no-one gives up, they talk on top of each other and turn red.

Mihalis Marinis designed and helped with the implementation of the custom board.

This installation was build for monomorphia solo art exhibition.

It all started from this gif 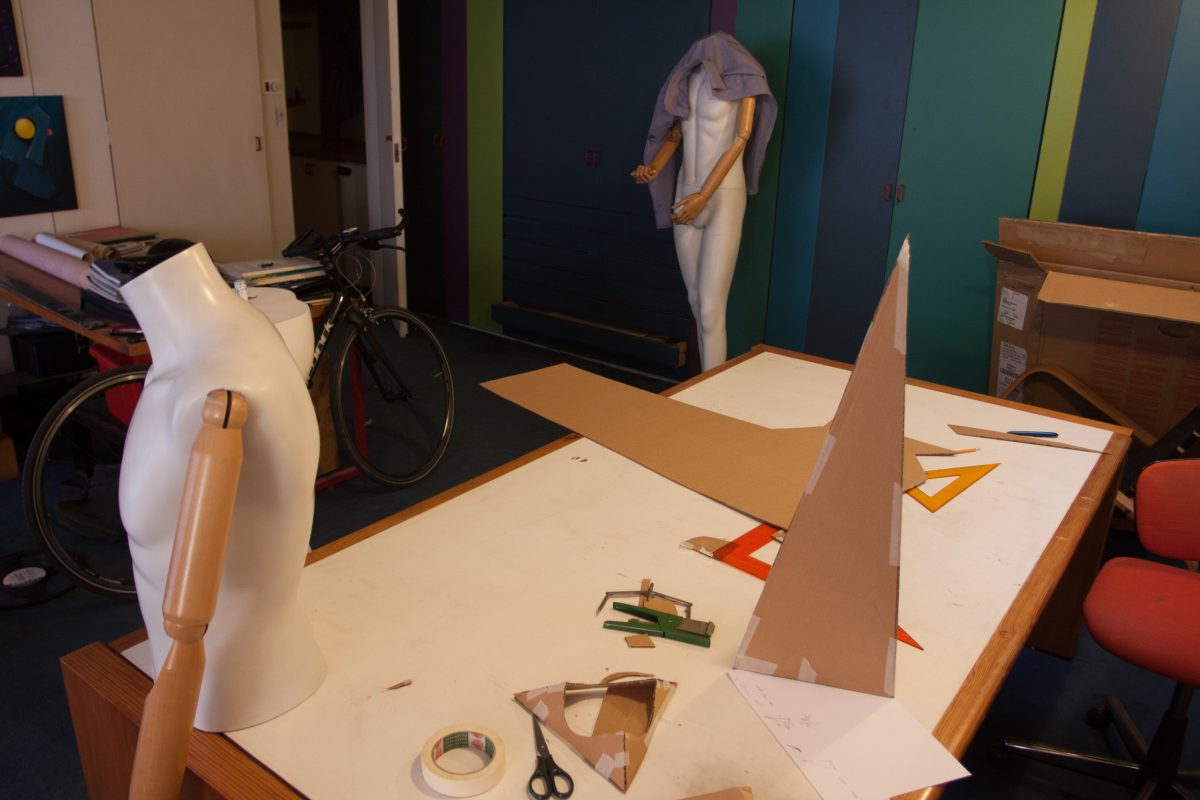 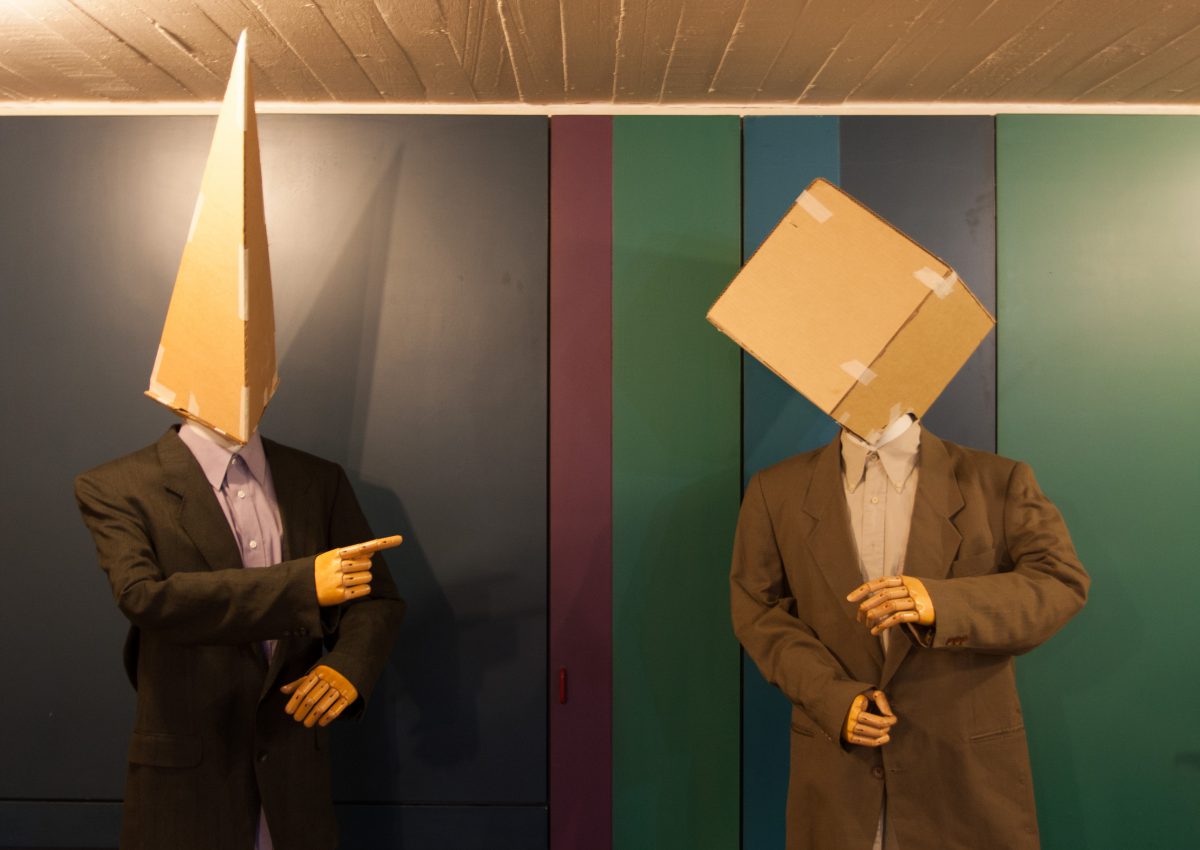 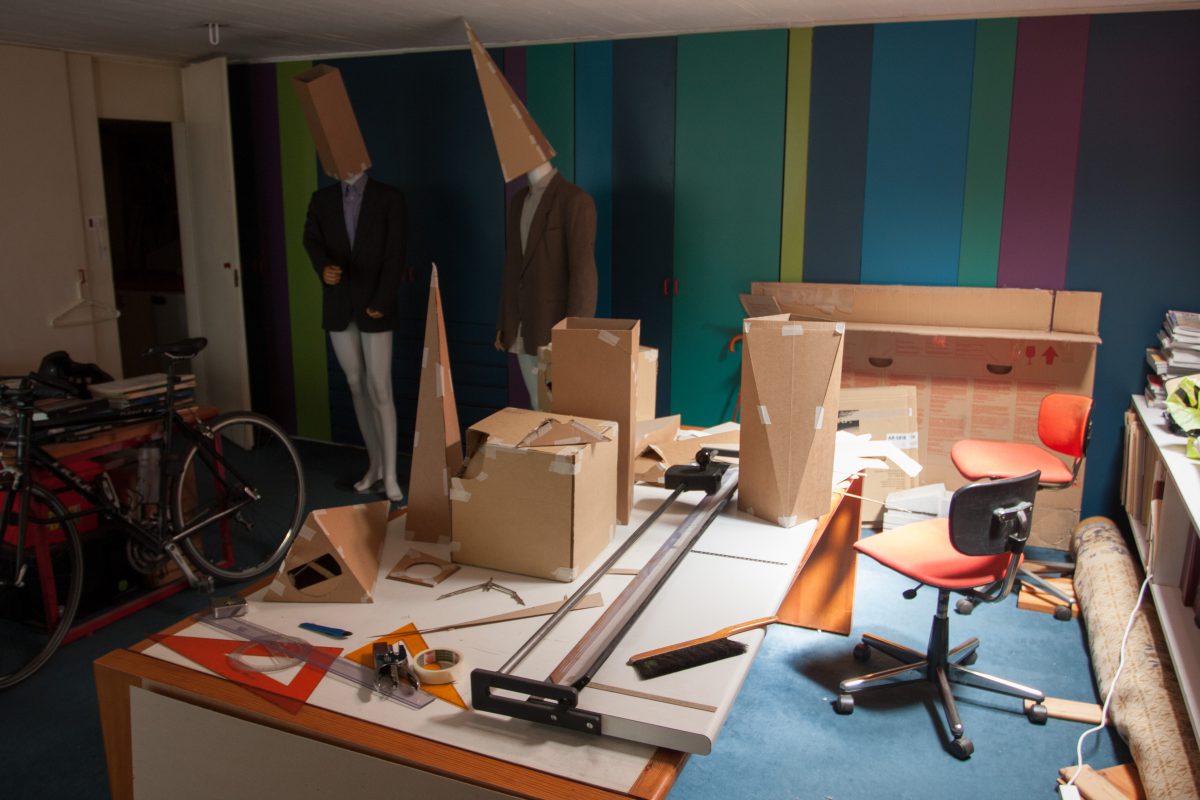 Many attempts to find the right shape 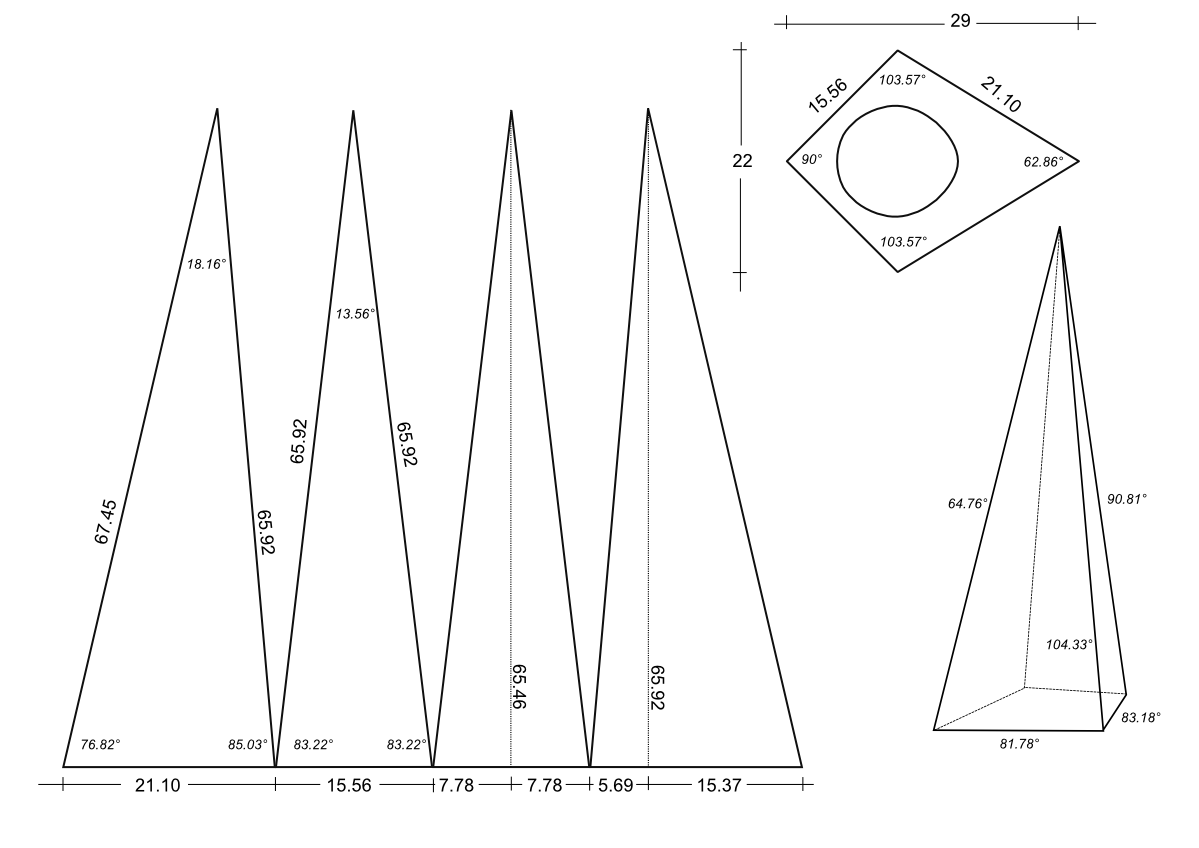 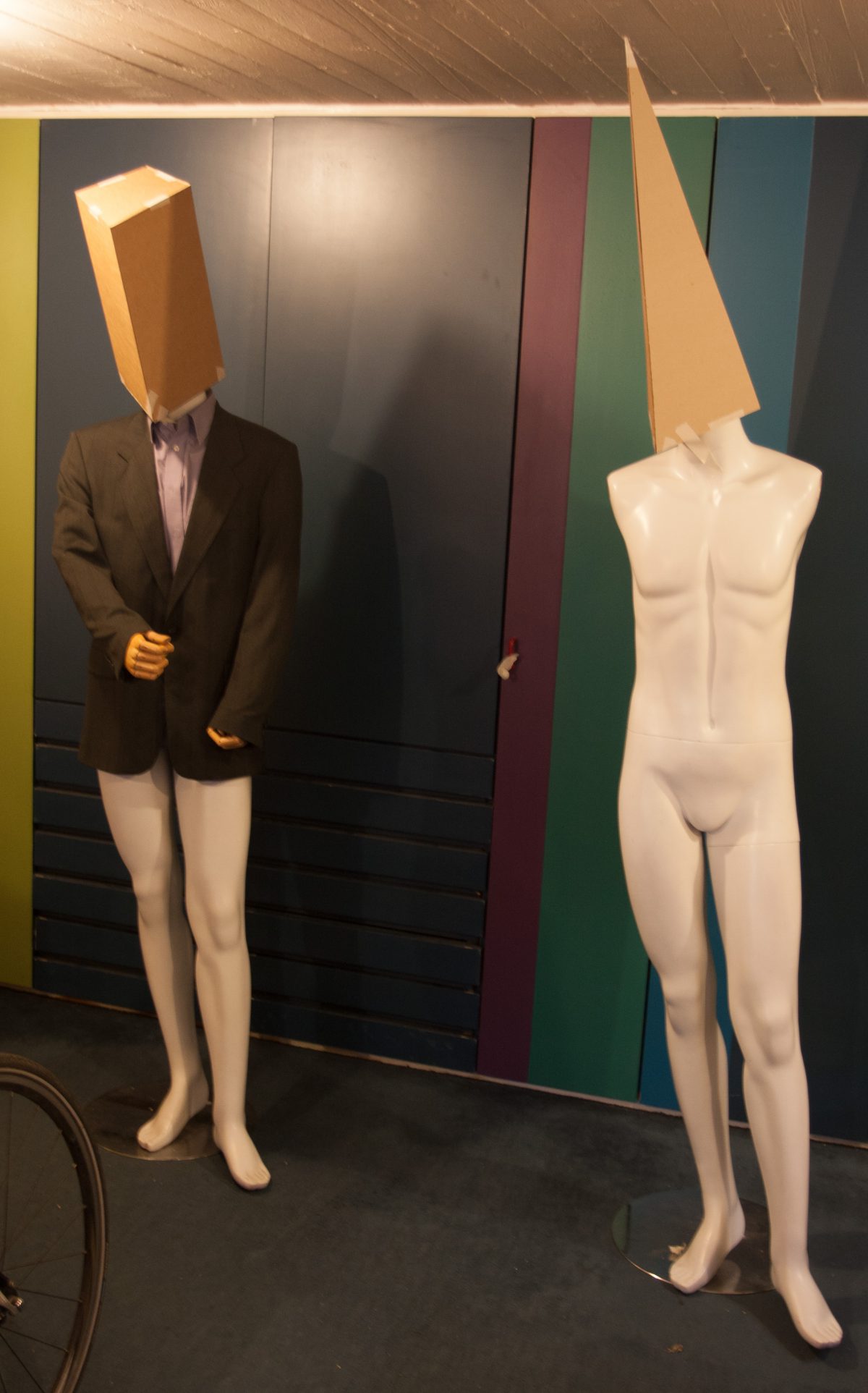 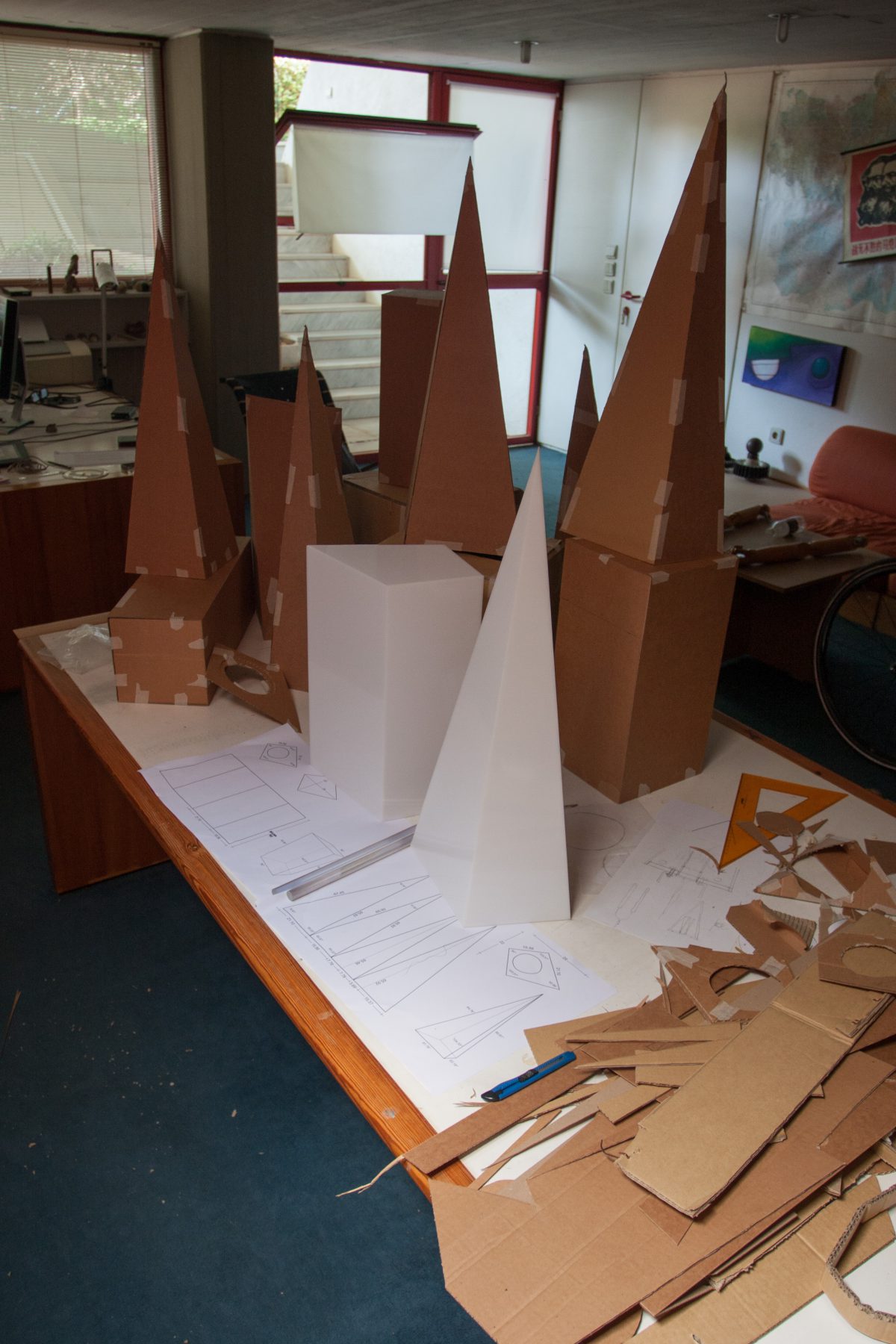 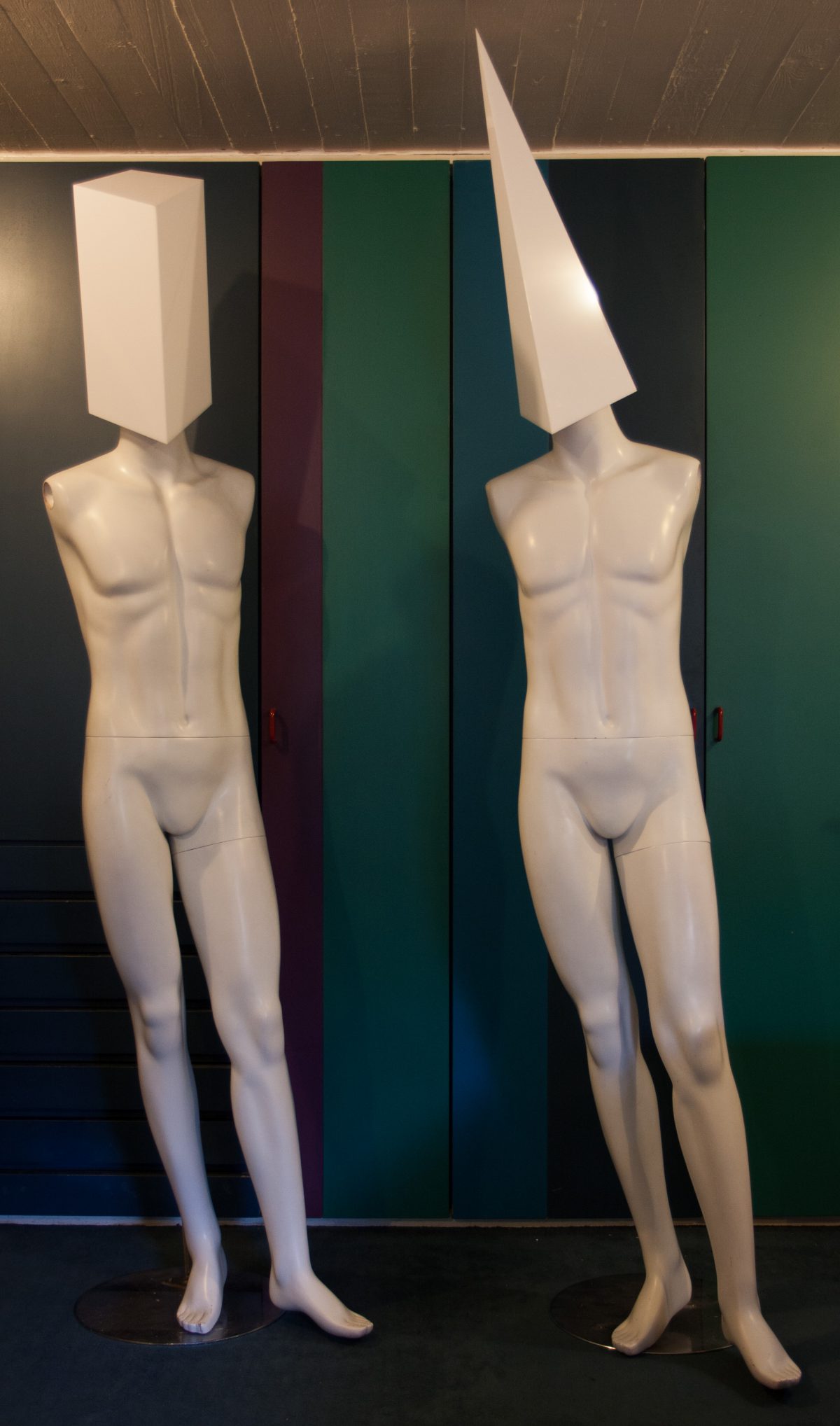 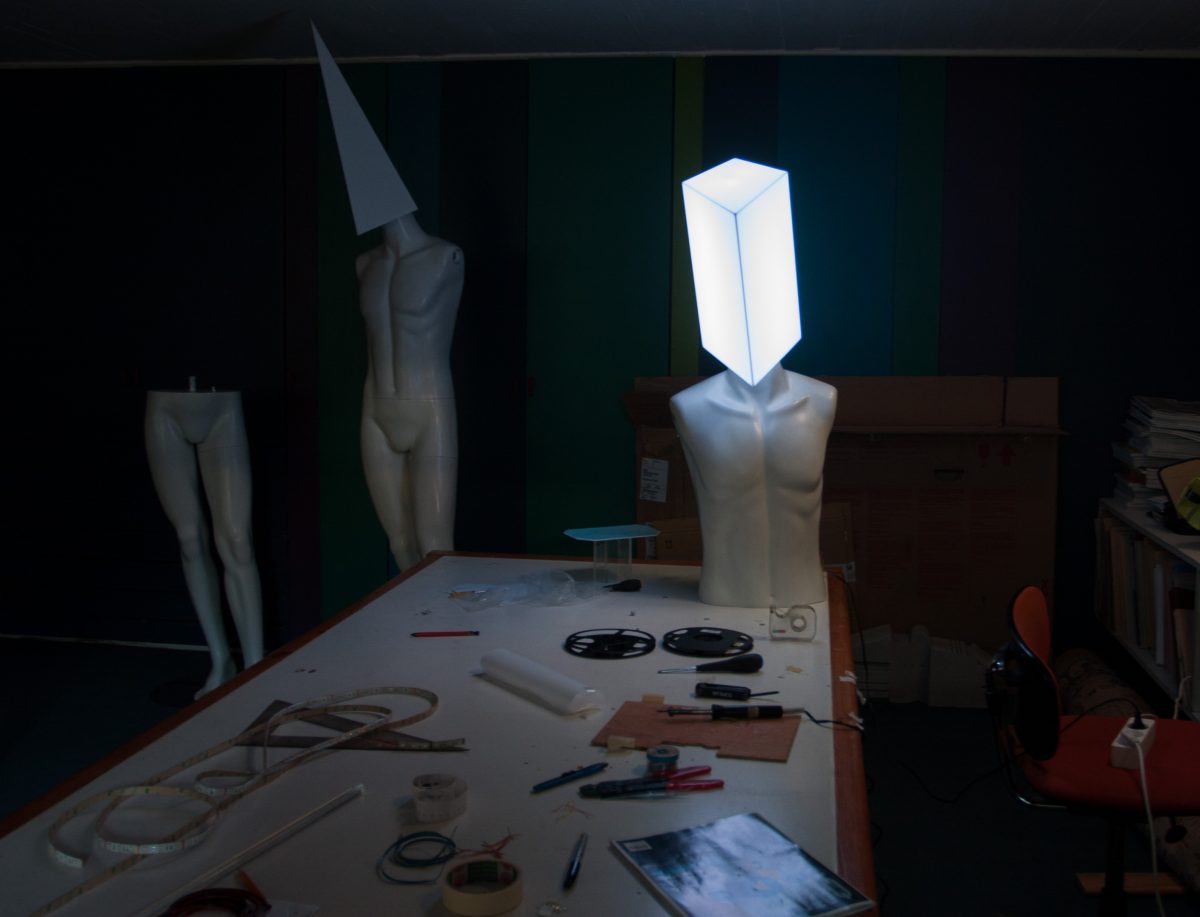 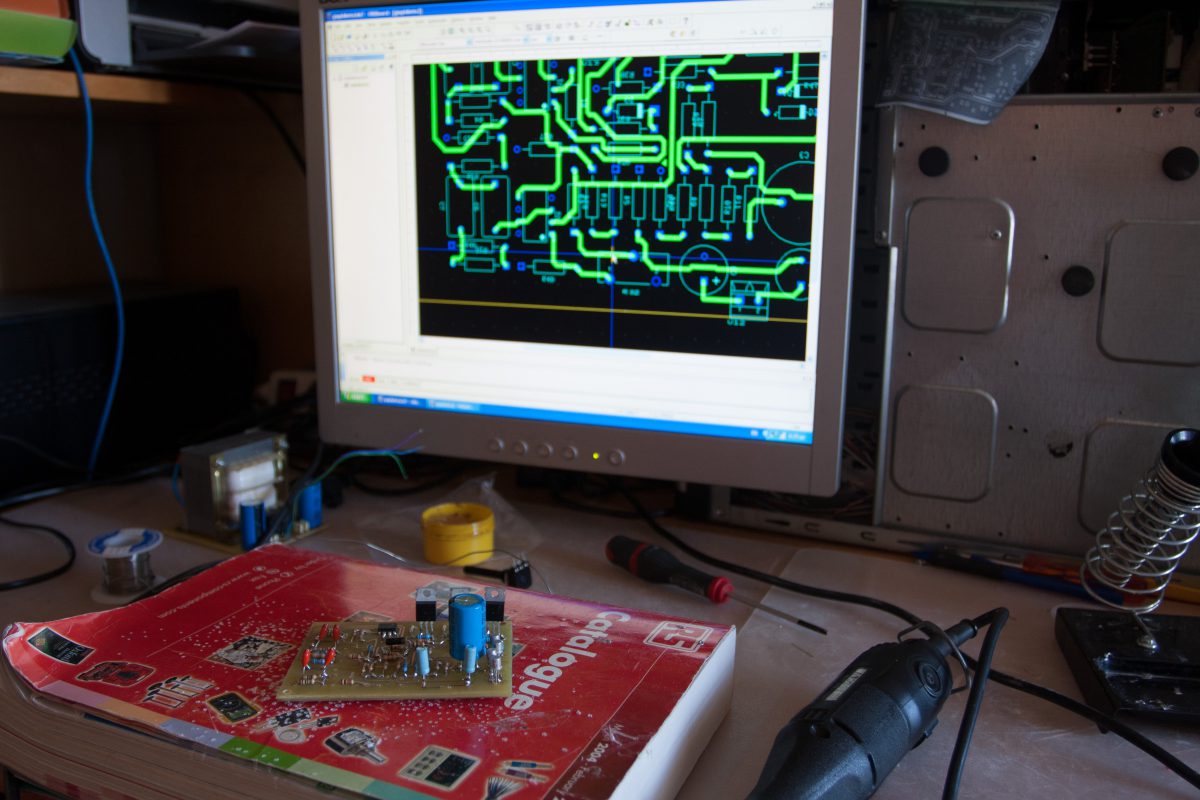 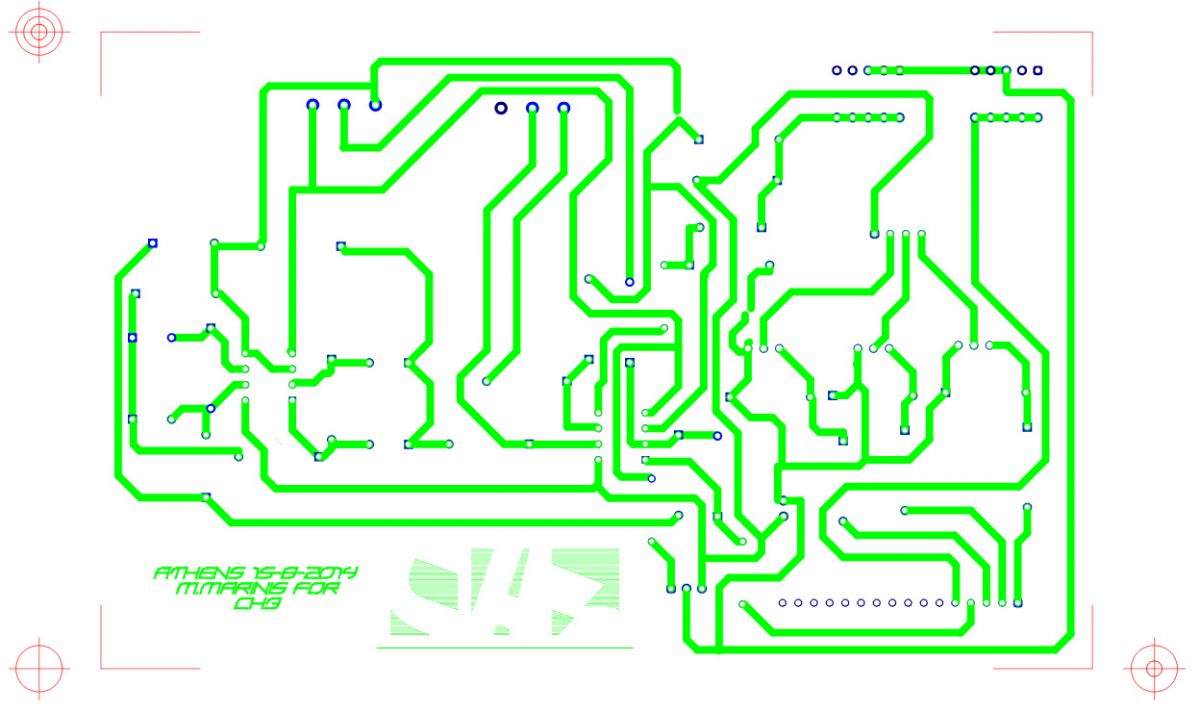 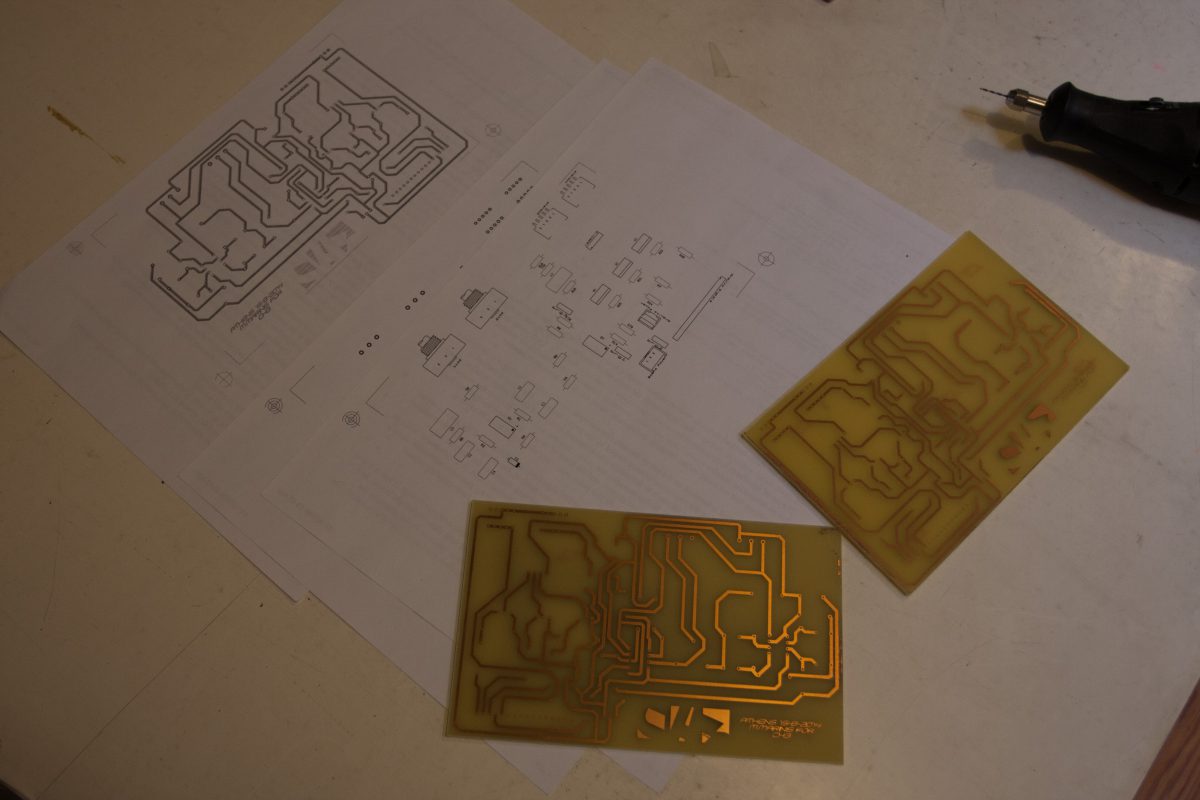 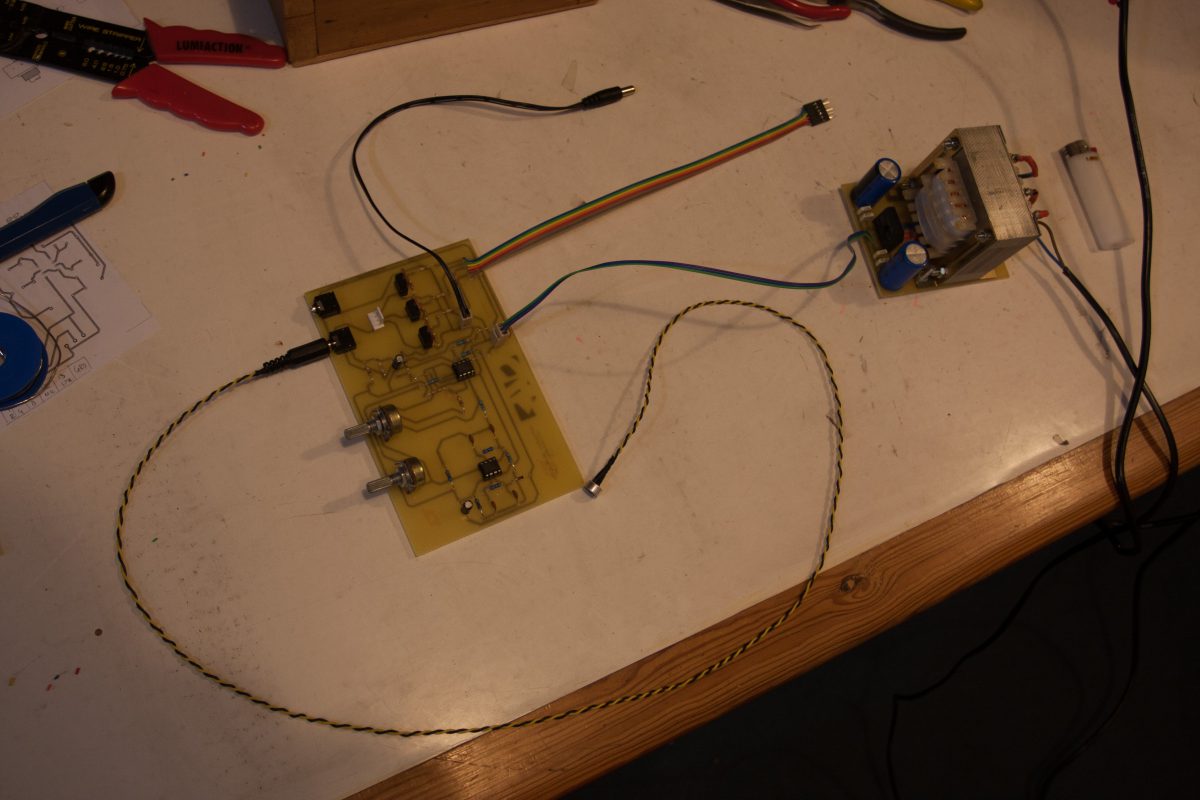 Powering it the board 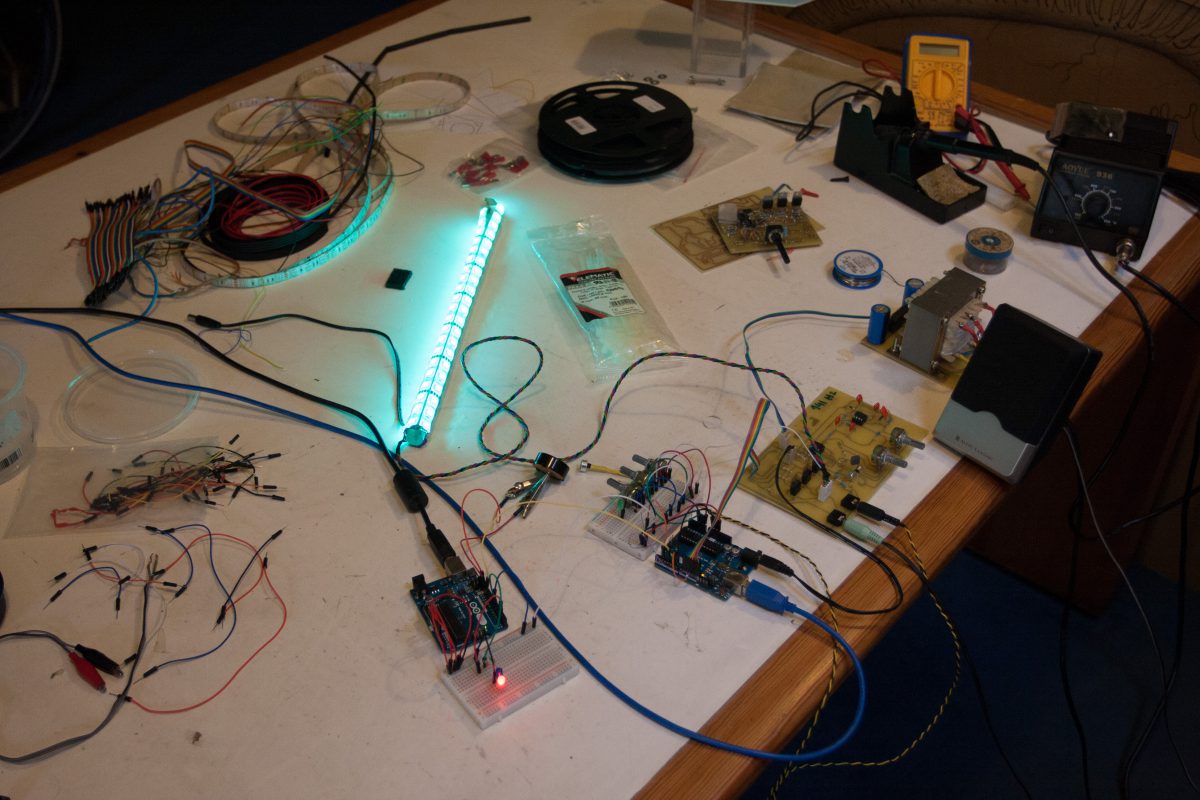 Adding the LEDs and arduino control 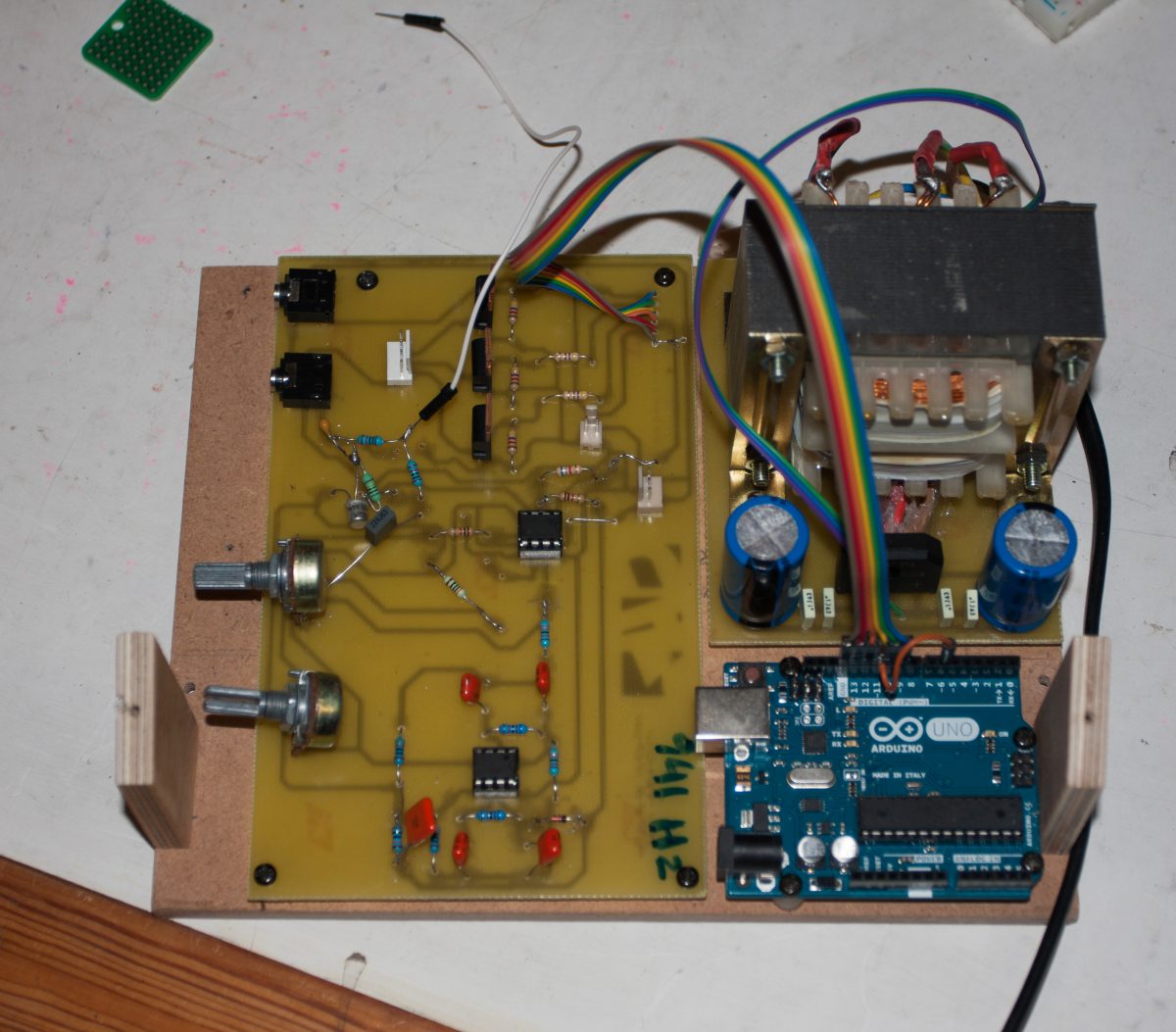 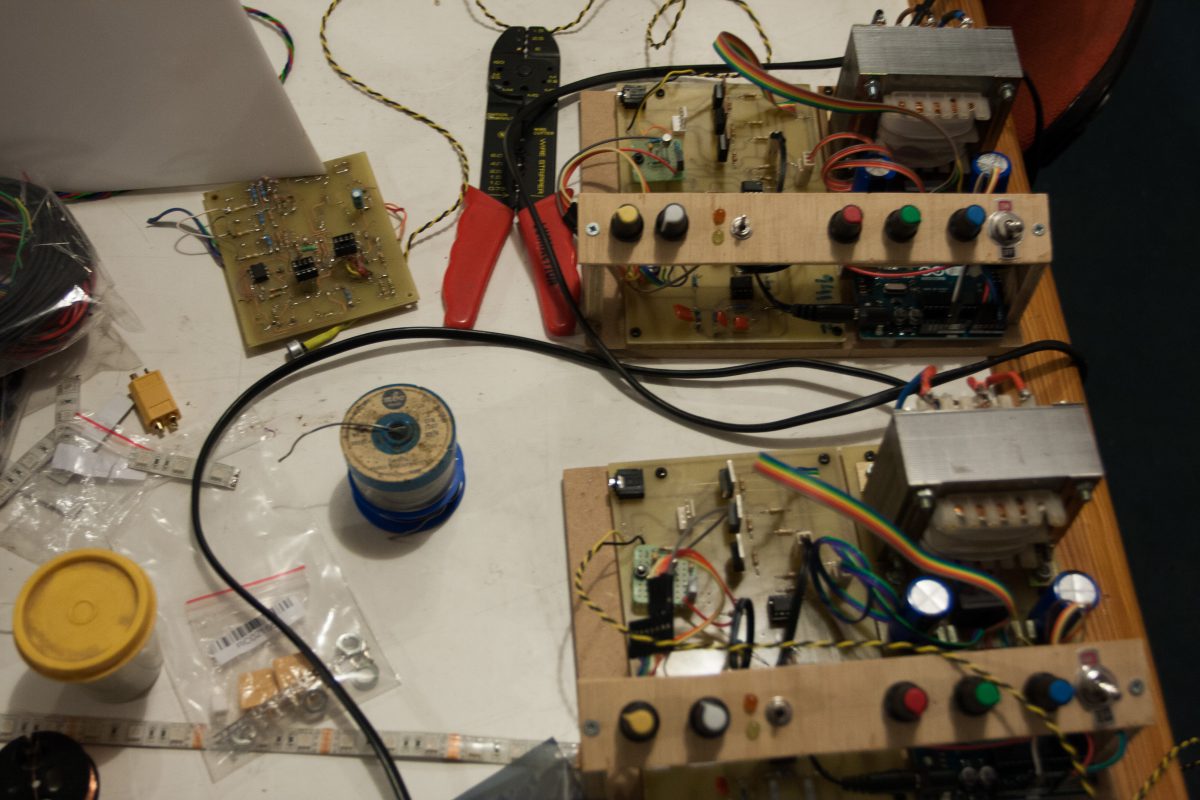 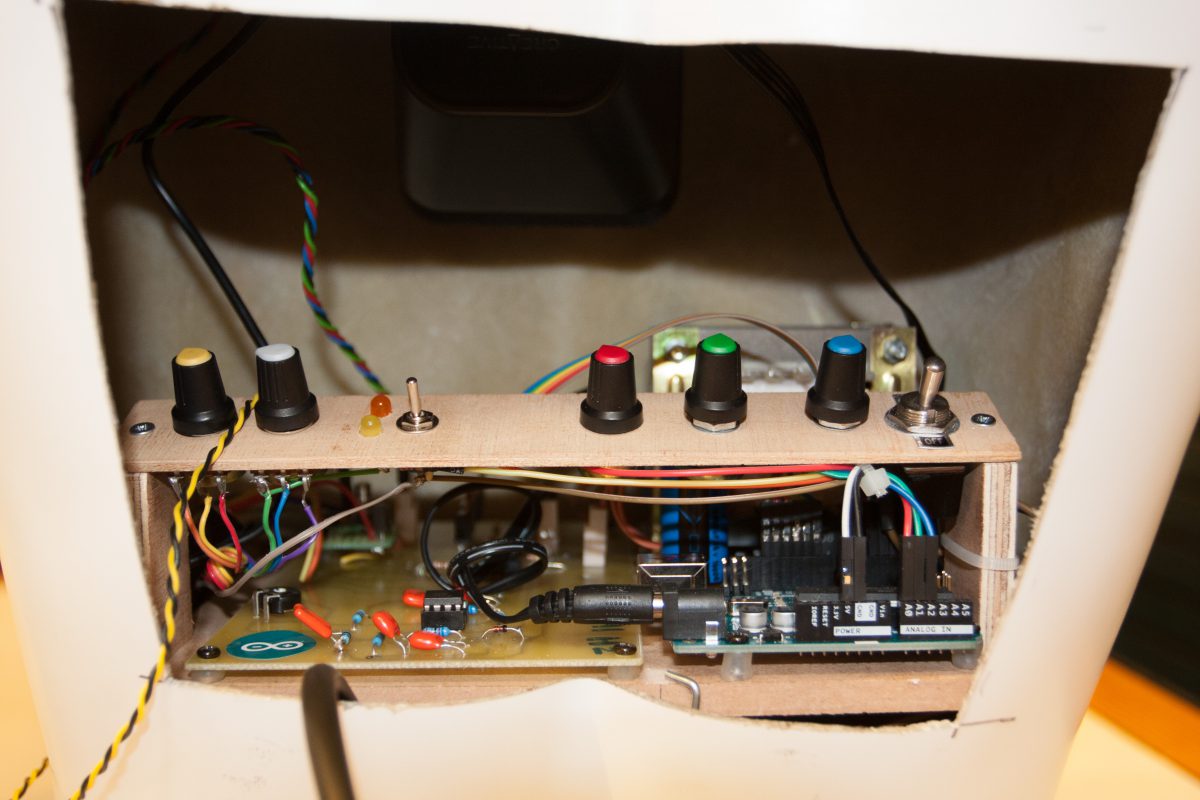 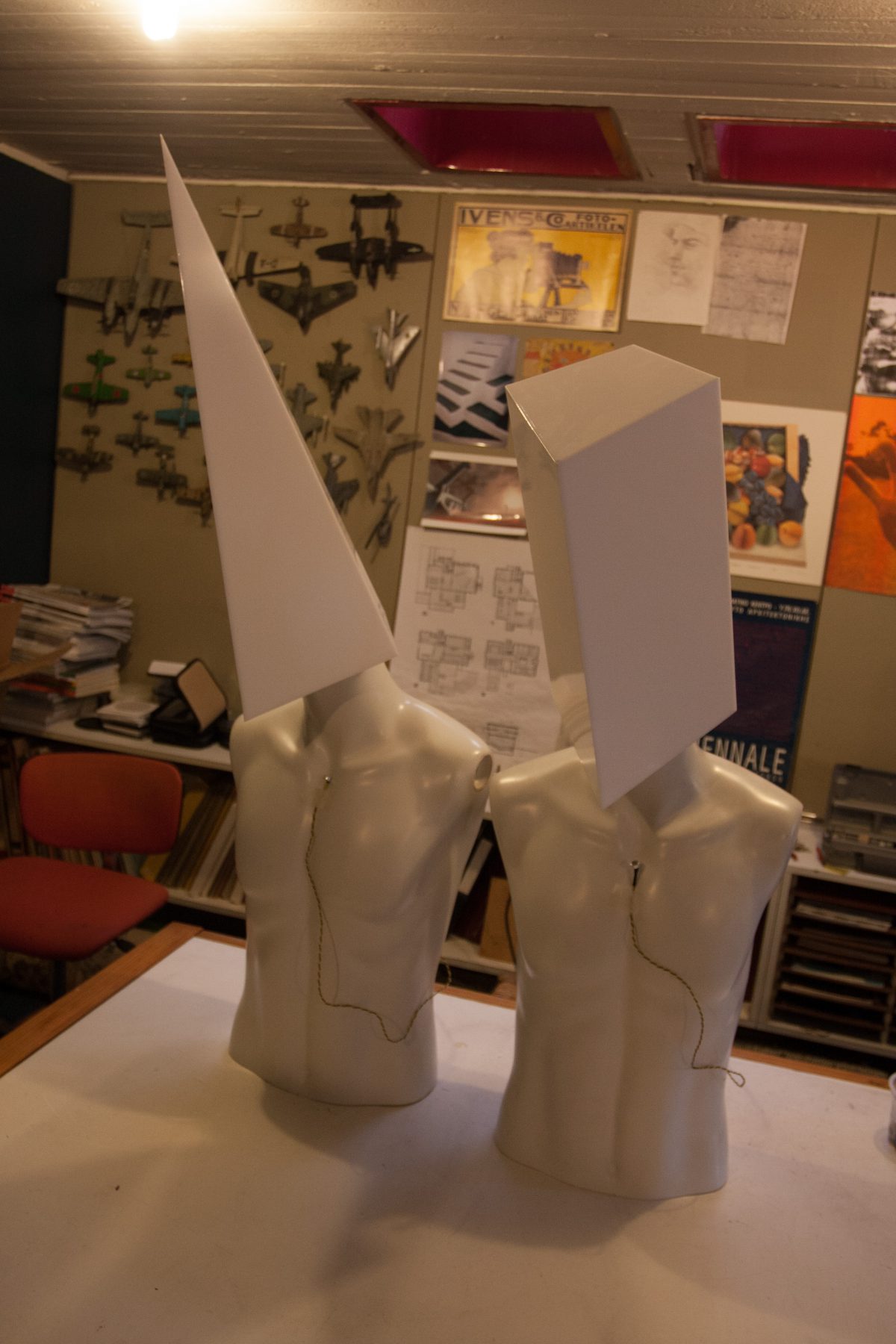 The algorithm was prototyped in processing for easy debugging and visual feedback. Here is what it looks like when running.