Georgios Cherouvim is a multidisciplinary artist and educator from Athens who lives and works in Brooklyn. He works in the fields of computer animation, creative programming, and new media. He graduated with honors and an award from the National Center for Computer Animation in the UK. His work has been featured in numerous festivals and venues worldwide, including Siggraph, Ars Electronica, South by Southwest, Edith-Russ-Haus, International Symposium on Electronic Art, Art Futura, One Dot Zero, ArtTec, Athens Digital Art Festival, and Stavros Niarchos Foundation Cultural Center.

Since graduation, he has been working as a creative and technical director in visual effects for feature films, TV, and virtual reality. In his art practice, he chooses to move away from the rigid constraints of photorealism usually found in VFX, and enjoys using the tools of the industry in unconventional ways. He often programs his own digital tools, which he uses to create the final work. Through this process, he frequently draws attention to the tools themselves and the data they utilize. He examines and repurposes them, finding their limits and breaking points in the search for new aesthetics. Unresolved experiments become the breeding ground for new ideas.

Georgios is fascinated by how programming and mathematics can scale up simple rules to produce complex patterns that can be used as a visual language and emotional triggers. Inspired by nature and society, his work often crosses between mediums finding new ways to create a dialogue between the physical and the digital world.

Georgios teaches animation at the School of Visual Arts in New York City. He has also given guest lectures and presentations at the Institute of Architecture and Media of Graz University, the National Center for Computer Animation in the UK, the Digitized design conference in Athens, DevHour in Mexico City, and TEDx at the Ionian University. He is a mentor at the NewInc and has served as a jury member for the ÉCU film festival and the Irish Film & Television Academy. 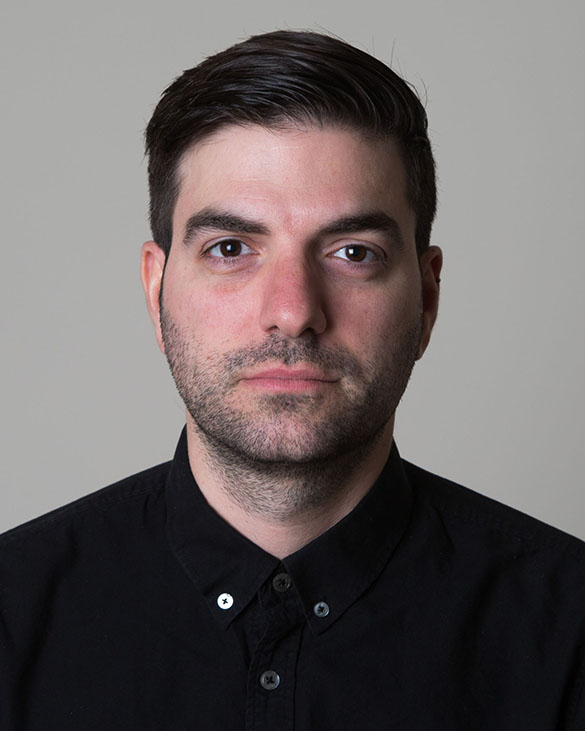