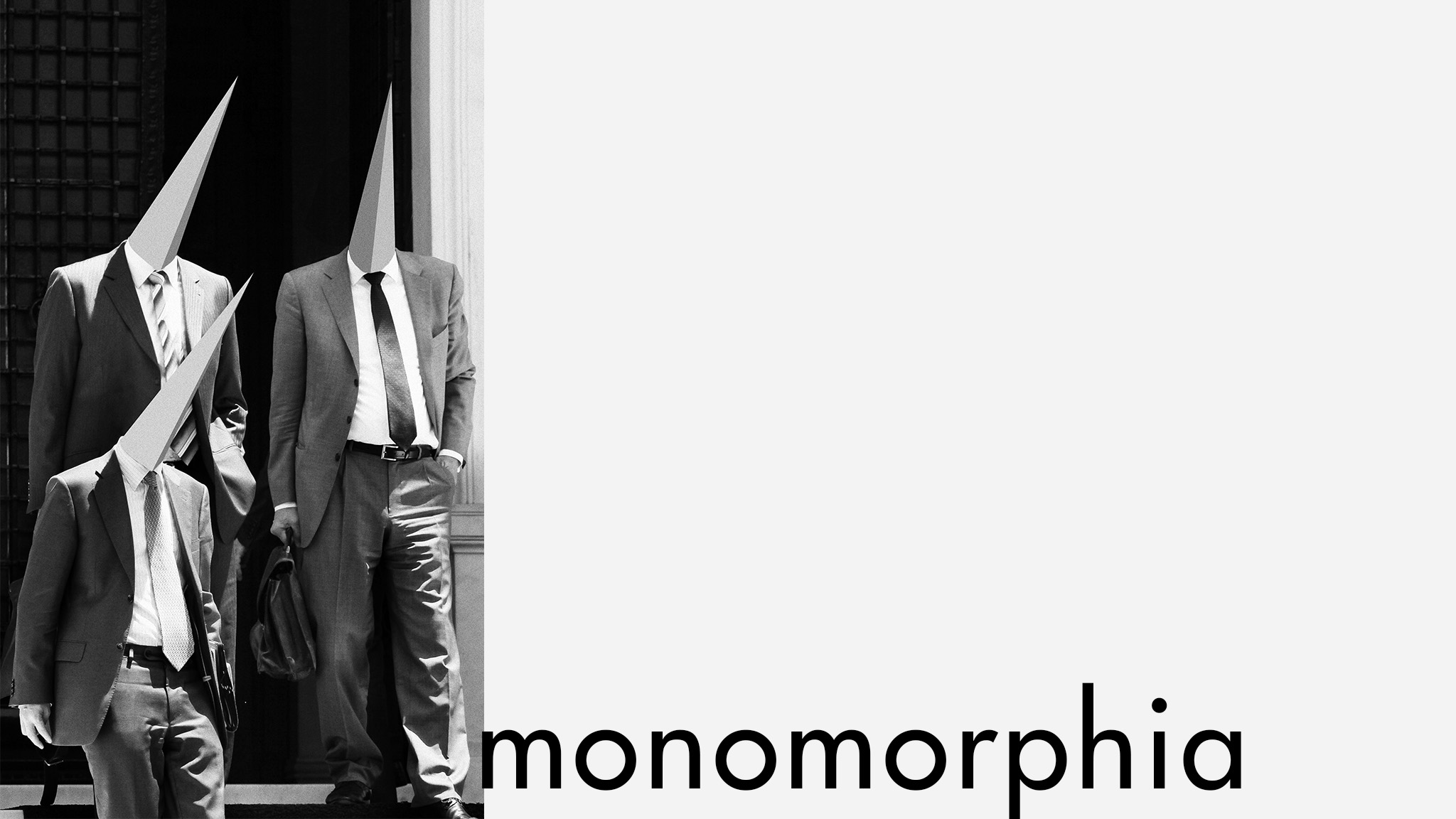 The solo show monomorphia, combines sculpture, animation, video, installation and screen printing. Driven by the world’s political, economic and environmental instabilities, the work examines how the modern western citizen dominates his natural environment and the society which he created.

This collection was developed over a decade and the exhibition took place in Central Athens at 64 Panepistimiou Street during the last week of October 2014. The site chosen for the exhibition ―an environment on the verge of obsolescence― is the perfect scenery for the questions raised and acts as a link between the work and reality. A high value property that once used to be a space of commerce, nowadays remains in gradual decline, in the same way the character in the work is being self-destructed, trapped in the illusion of progress.

The exhibition opening and closing events were accompanied by a live sound and dance performance created exclusively for the exhibition by VTV and Astytekk & Γ.

Curation and communication by Medianeras. 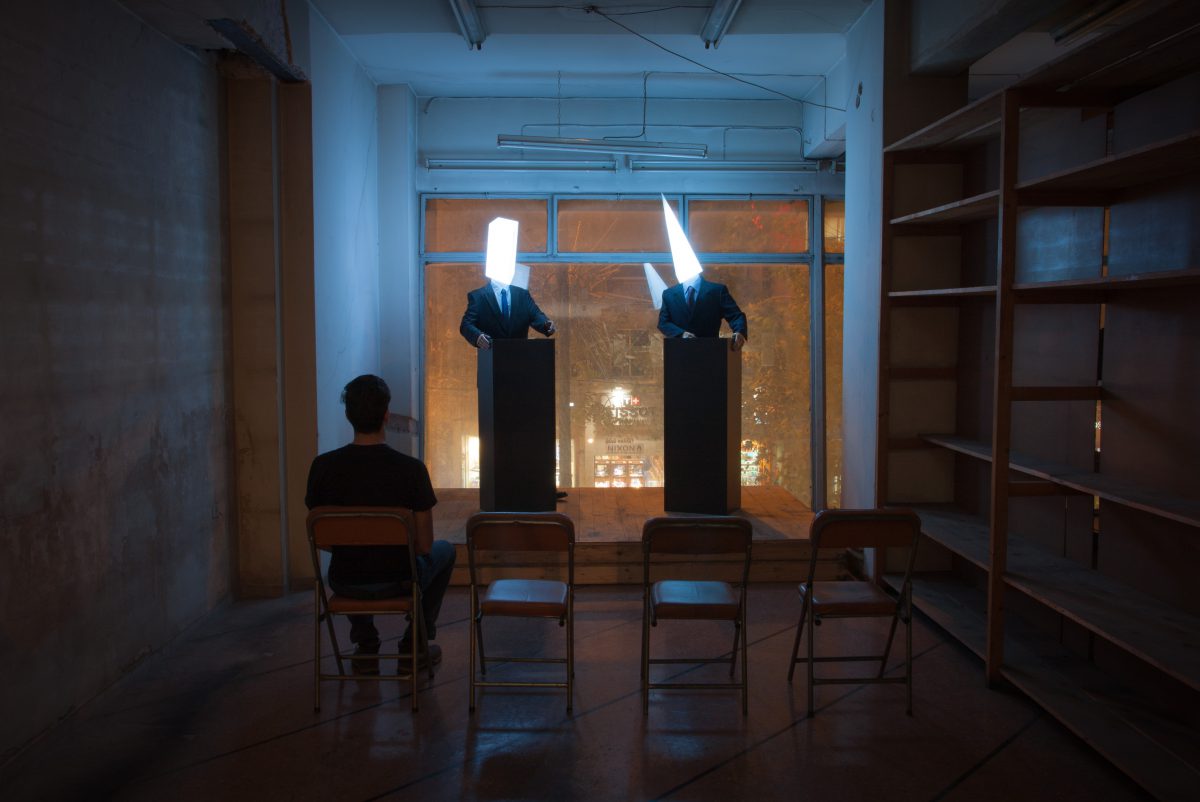 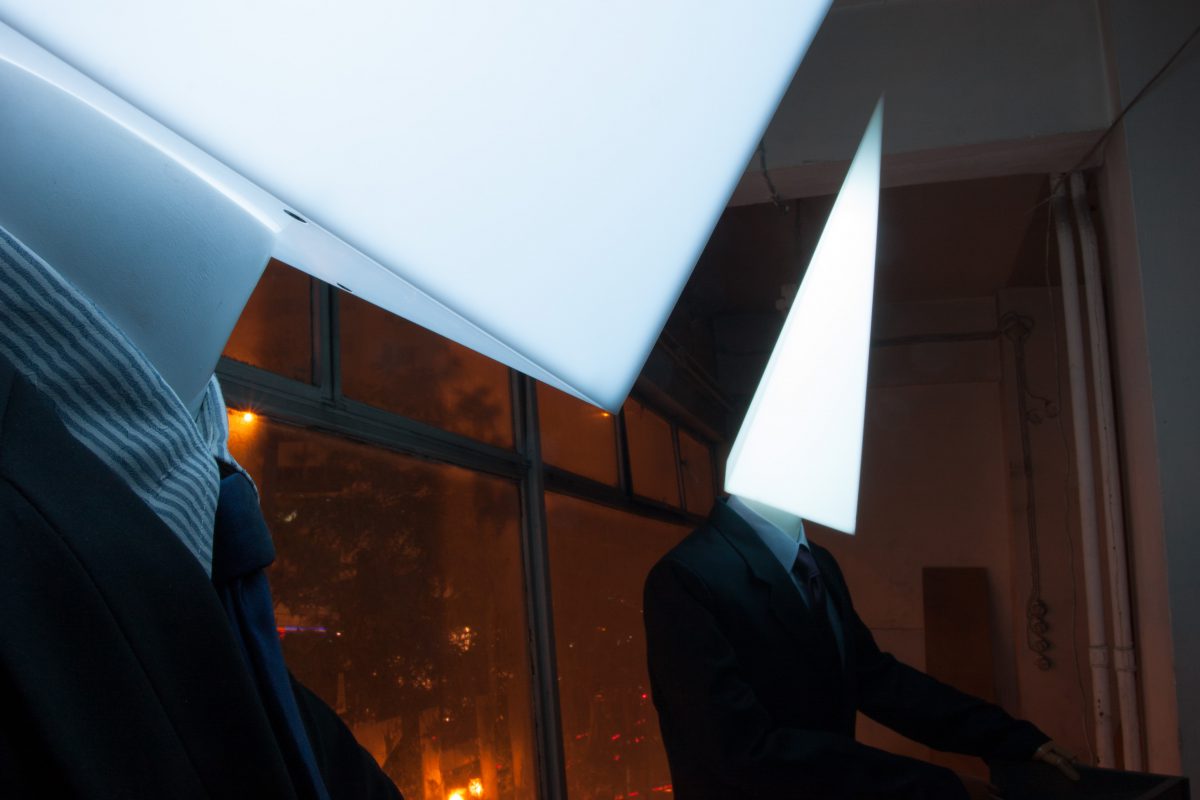 Debate is a work about the use of language in politics. The viewer is witness to two politicians as they engage in a debate; however, rather than having a constructive dialogue to promote their ideas and solutions, the politicians spend their energy arguing with one another. Their language is, once again, incomprehensible, causing the viewer to lose interest in the conversation and politics all together.

In this installation, each character is an autonomous and independent unit. Through the use of custom electronics, an Arduino micro-controller and programming, each spokesman waits for a short moment of silence to resume speaking. The act never reaches a conclusions and it is performed in a non-deterministic way.

More photos and work in progress 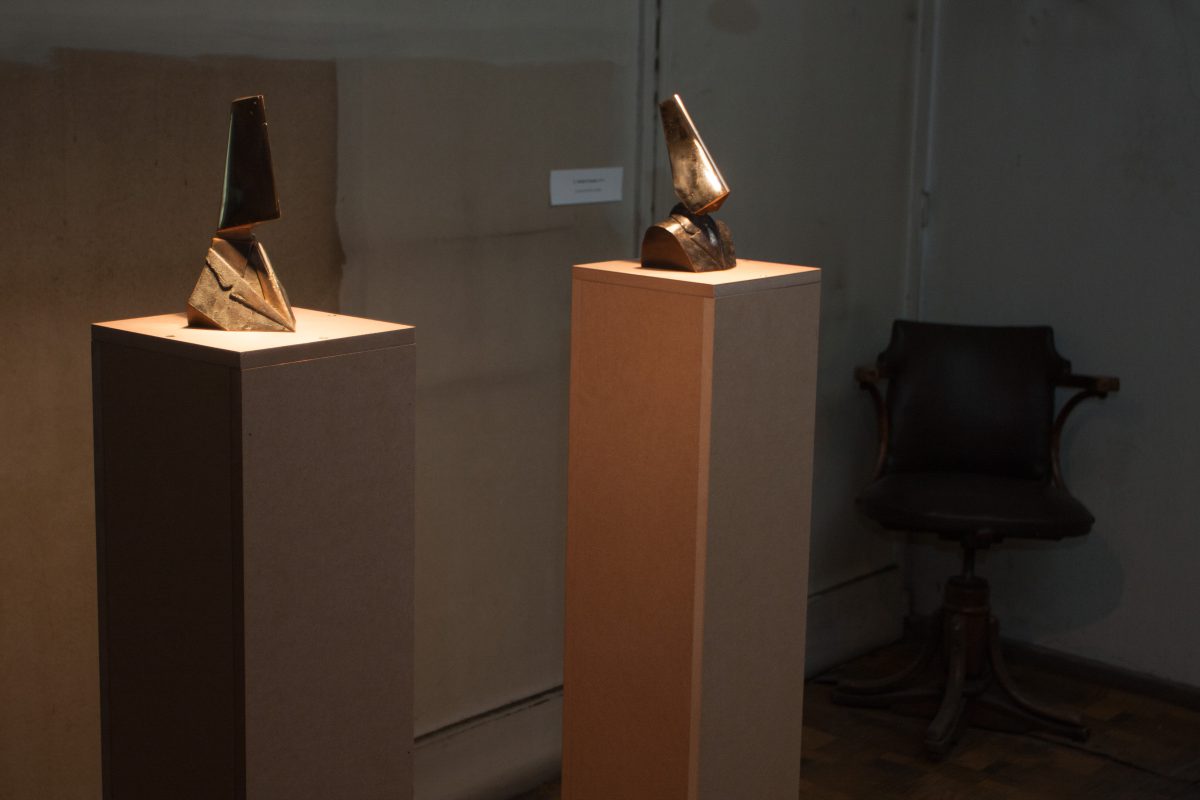 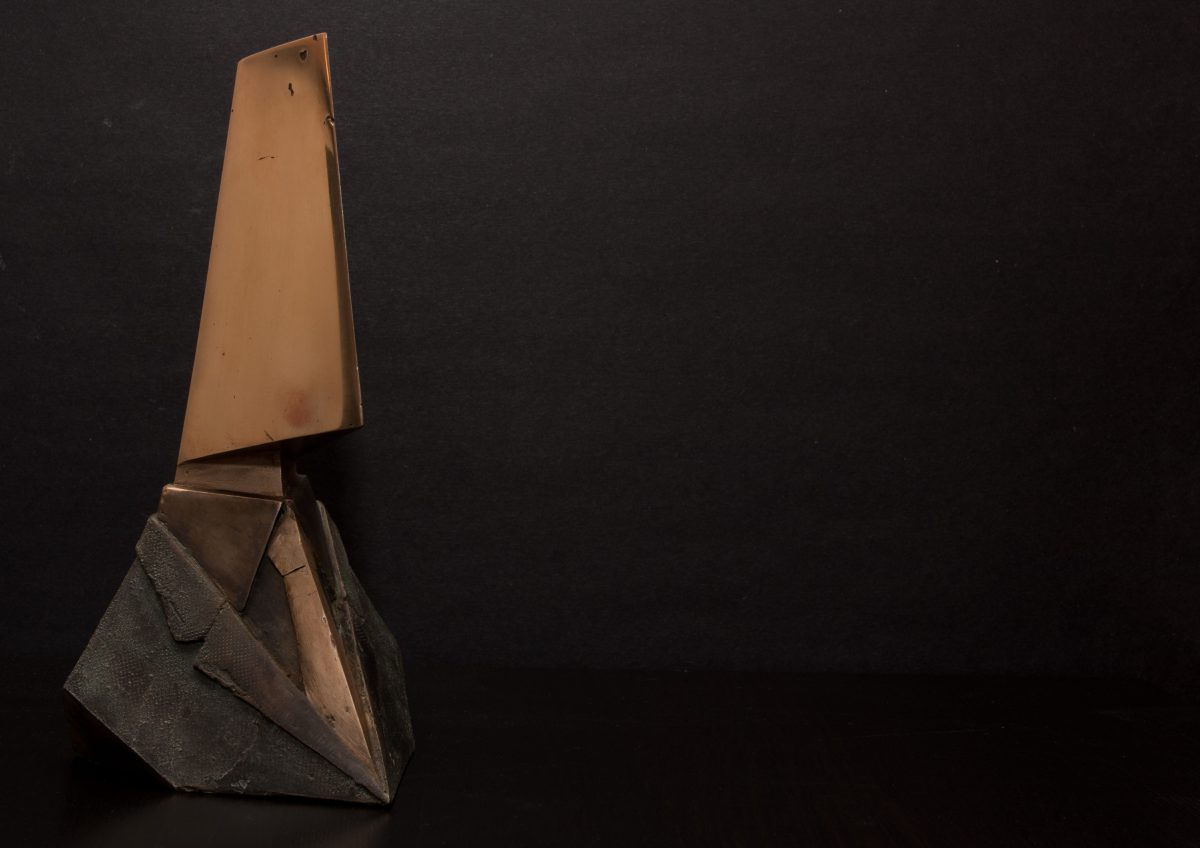 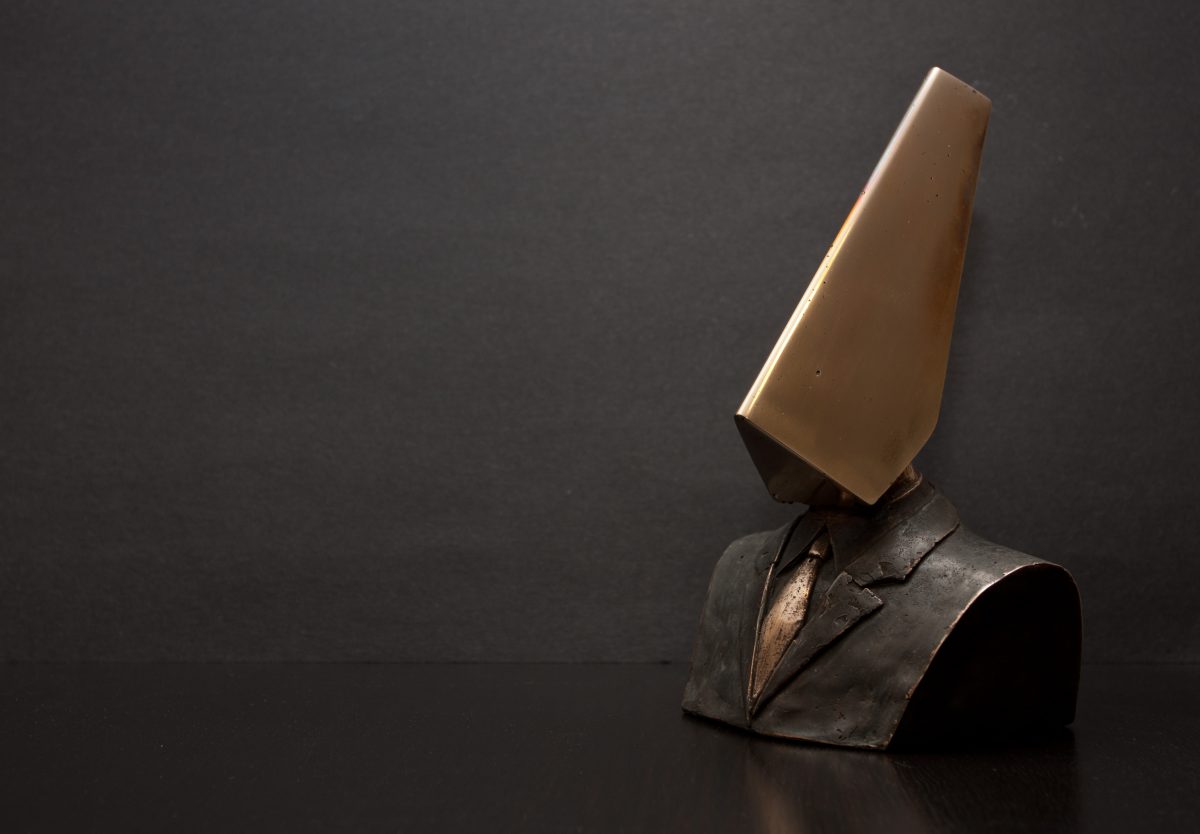 The two bronze sculptures explore the use of the bust as a medium in today’s public art and question its purpose within a politically unstable and globalized society. Should a bust be used to commemorate the post-modern figure in a society of control?
Historically, the bust is mostly used to portray and glorify figures of great importance, individuals who had a mostly positive impact within a society. But is there space for figures who had an ambiguous or negative impact? Does society have an obligation to remember its own oppressors, in the same way heroes and liberators were immortalized with the use of such medium?
What would the bust of today look like?

More photos and the process of the Divider and the Conqueror 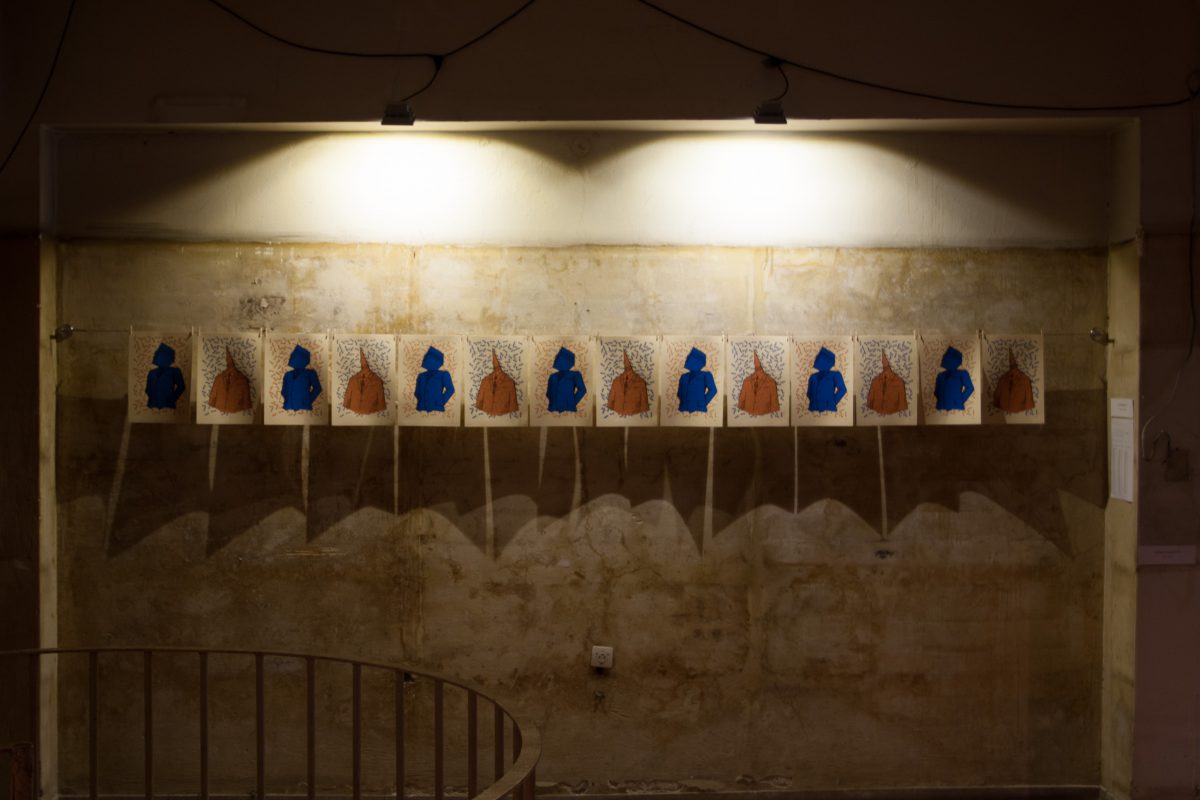 A series of 14 silkscreen prints with unique hand drawn patterns on the characters’ heads. It is a visualization of the incomprehensible, technocratic language the political and economic spokesmen use to enforce austerity measures to the masses during the Crisis. A language full of technical terms and abstract economic meanings, acts as a barrier to the actual information and the intentions of the men in control. In order to reach to the conclusion, one is required to either have specialized knowledge or invest time to research the topic.

In a similar way, this work is a riddle where the viewer is challenged to decrypt the series of prints to gain access to the information. Reading top downwards the heads of each character, dashed lines correspond to 0 and continuous lines to 1. Each 8 line pattern is an actual byte that matches an alphanumeric character of the ASCII table. The collection of these 14 characters form a URL which redirects to an official source of the actual information. 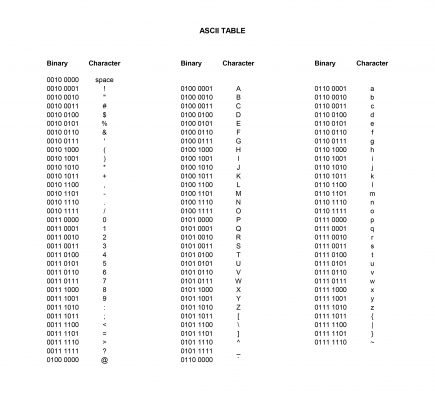 The full series and the printing process 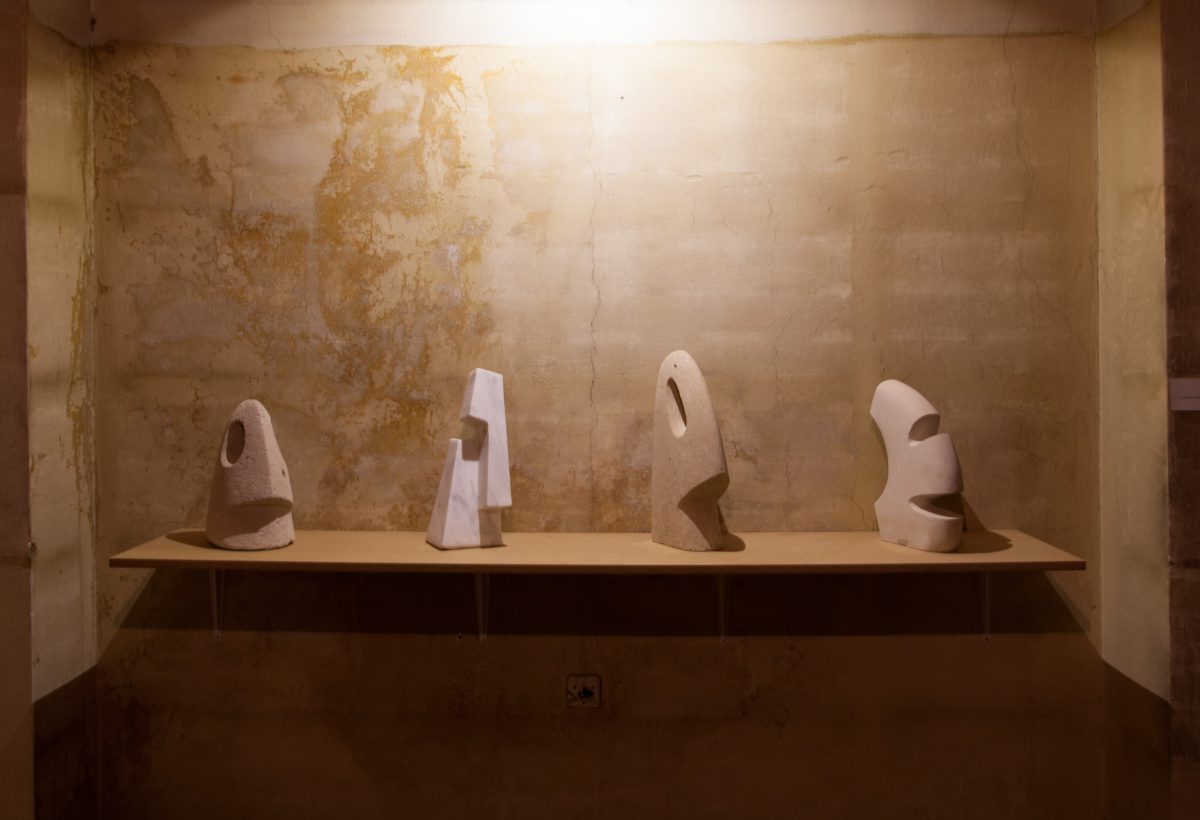 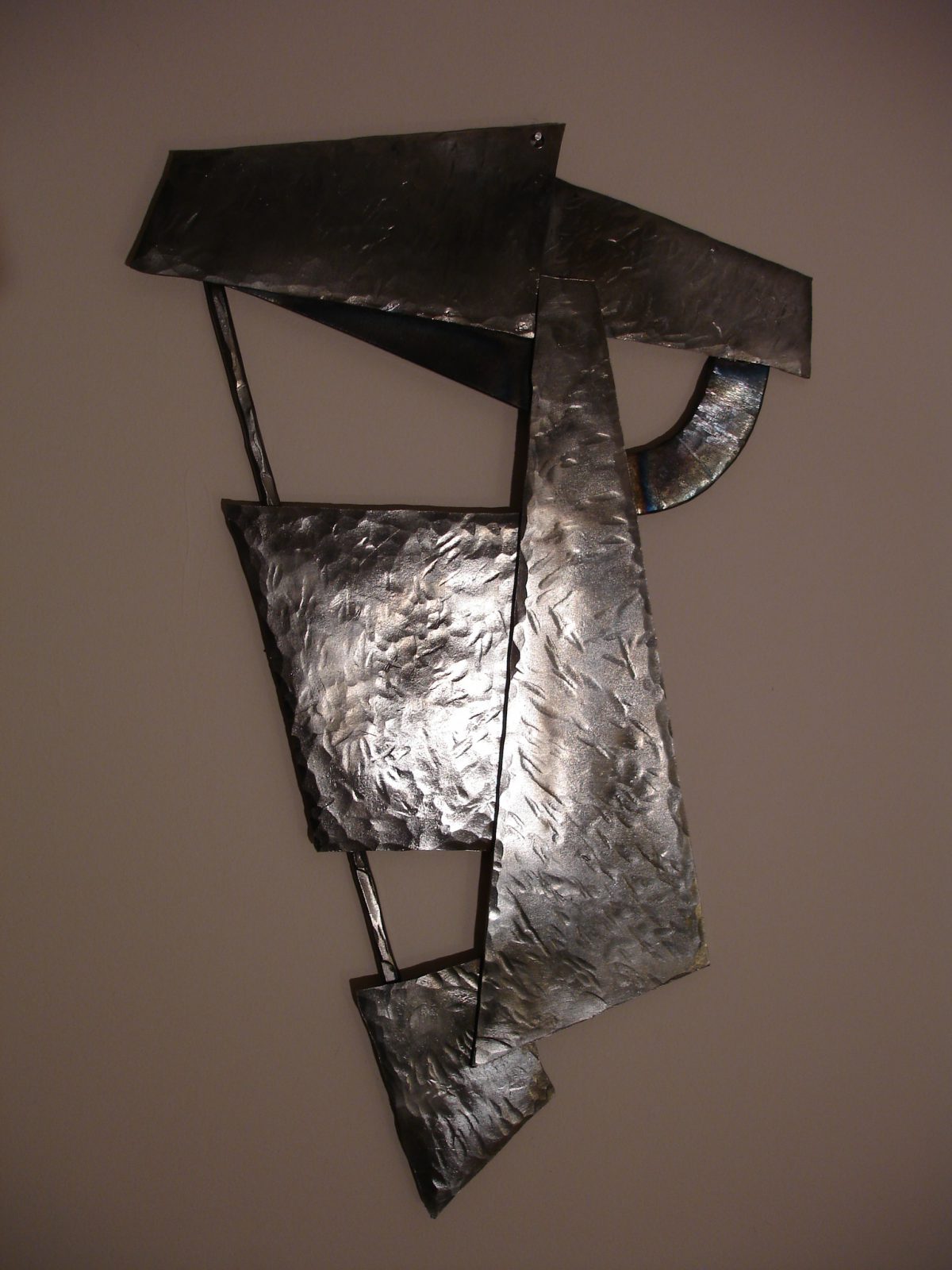 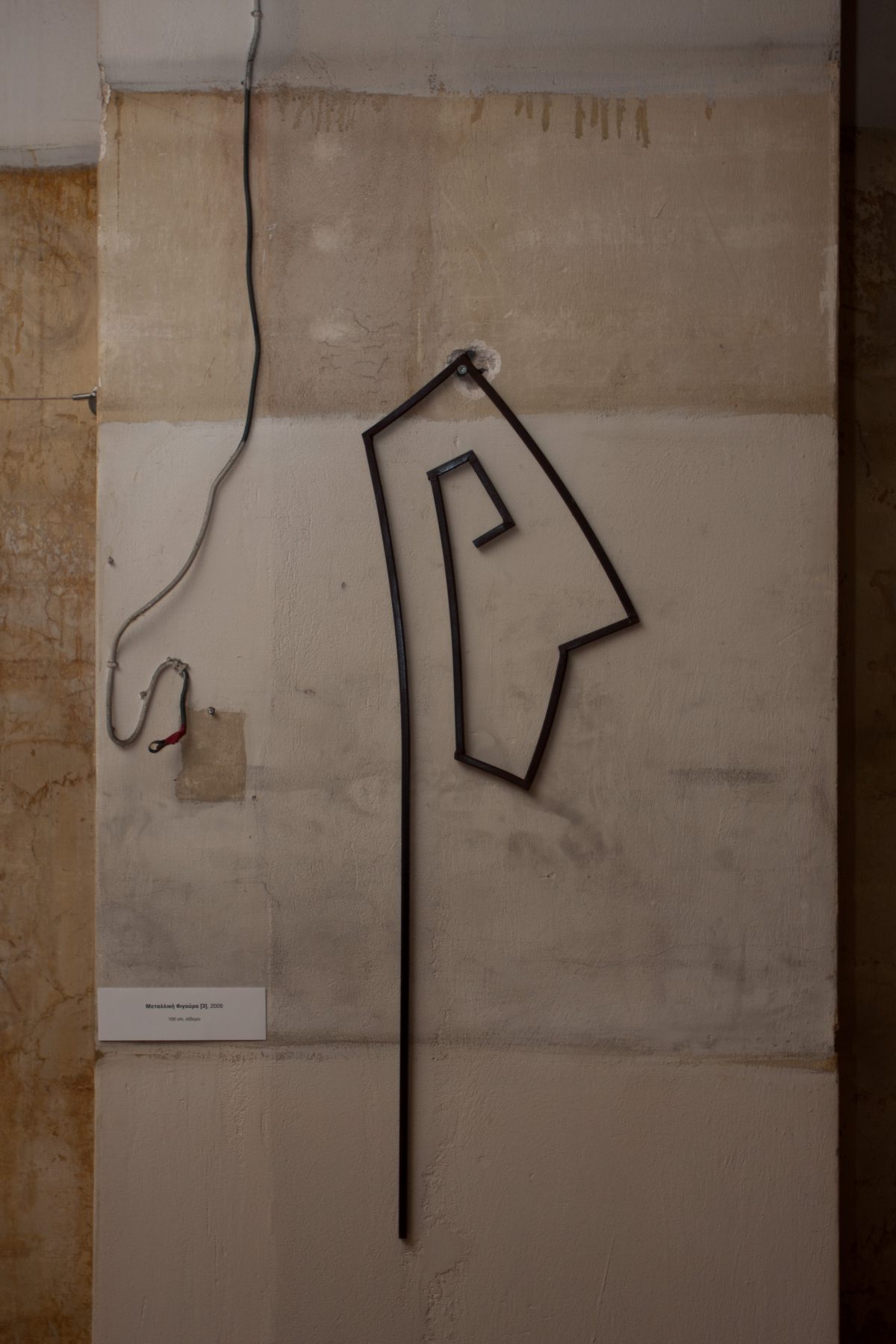 A collection of figures in stone and metal, which shows the progression of the form over the years.

Theros is an animation short that reflects society through abstract forms and repetitive motion. It attempts to visualize the struggle between social classes and depicts their exploitation of natural resources. Like a vicious circle, the whole system feeds itself, blind to see its self-destruction.

The short film Alosis explores the relationship between man and his natural environment. We observe him living everyday, mundane moments in remote locations, ignoring the consequences his daily routine has on his self-defined world. Isolated from nature and confined in a digitized world, he celebrates his dominance and transcends into a hyperreality, challenging his own existence.

Telepolitics is a satirical visualization of the televised political debates during the Crisis. Instead of having a comprehensive dialogue to discuss pragmatic solutions, the guests merely criticize each other and avoid resolving the issues at hand. The political dialogue loses its purpose, as it turns into a modern Babel.